The transformation game – evolution vs. revolution 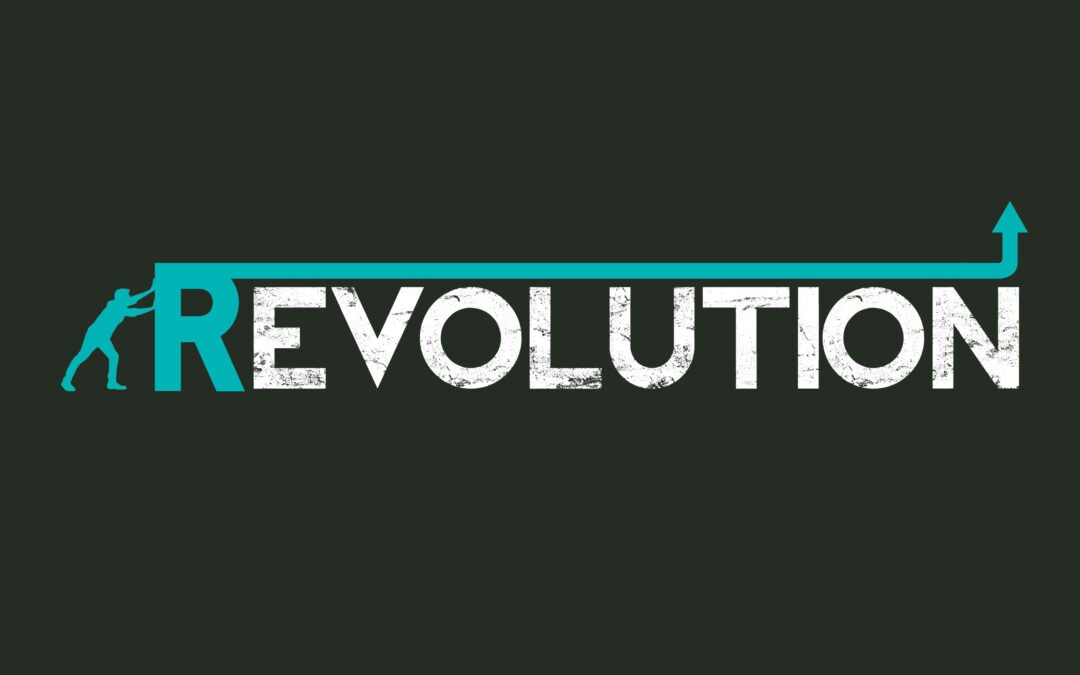 Business is in constant motion. Our operating environment is continuously morphing, competitors rise and fall, fashion changes, technologies emerge and become obsolete, laws and taxes are modified. Successful corporations must follow the trends and be agile. Change can come in many ways – sometime in the normal flow of evolution, other times as a radical revolution. In all cases, having accurate snapshots of the affected architecture and the targeted future state is rather beneficial. In this post we will look into how such snapshots can be made and maintained.

The nature of enterprise evolution and revolution is different:

In terms of architecture there are at least two very important stages to be considered, which are relevant for both of these change types: the baseline (as-is) state and the target (to-be) state. The clear understanding of these states (where you are and where you want to be) are vital for any type of transformation.

There are many ways to represent your baseline and target states. The most convenient way to get started is by creating a snapshot of the current state. This snapshot can take the form of a digital workbook with several sheets, or a highly detailed design using a state-of-the-art modelling tool, or it can go as far as a bird’s eye view presentation showing a high-level layout of the architecture.

Whichever tool is used to contain and present the information, a snapshot is only a static model and it only represents the architecture at the time it was made.

Snapshots can be very useful when initiating a change, but can become inaccurate after some time. We’ve encountered several occasions, where the organisation created a snapshot of one of its states, and referenced it all the time even when it was so obsolete, it completely lost its relevance. As the project progresses the snapshot starts to deviate from the reality:

In the lack of active maintenance they reflect the real life state less and less over time. It can soon become a thing of the past, and appear nowhere else but on management presentations. Why? Even though the content becomes obsolete, it looks sophisticated enough so it can be used as a backdrop to show how complex the systems are. The sad news is that, since you will make steering decisions based on a false image and inaccurate information, the gap between the desired To-be state and the one you are actually heading to will become continuously larger. 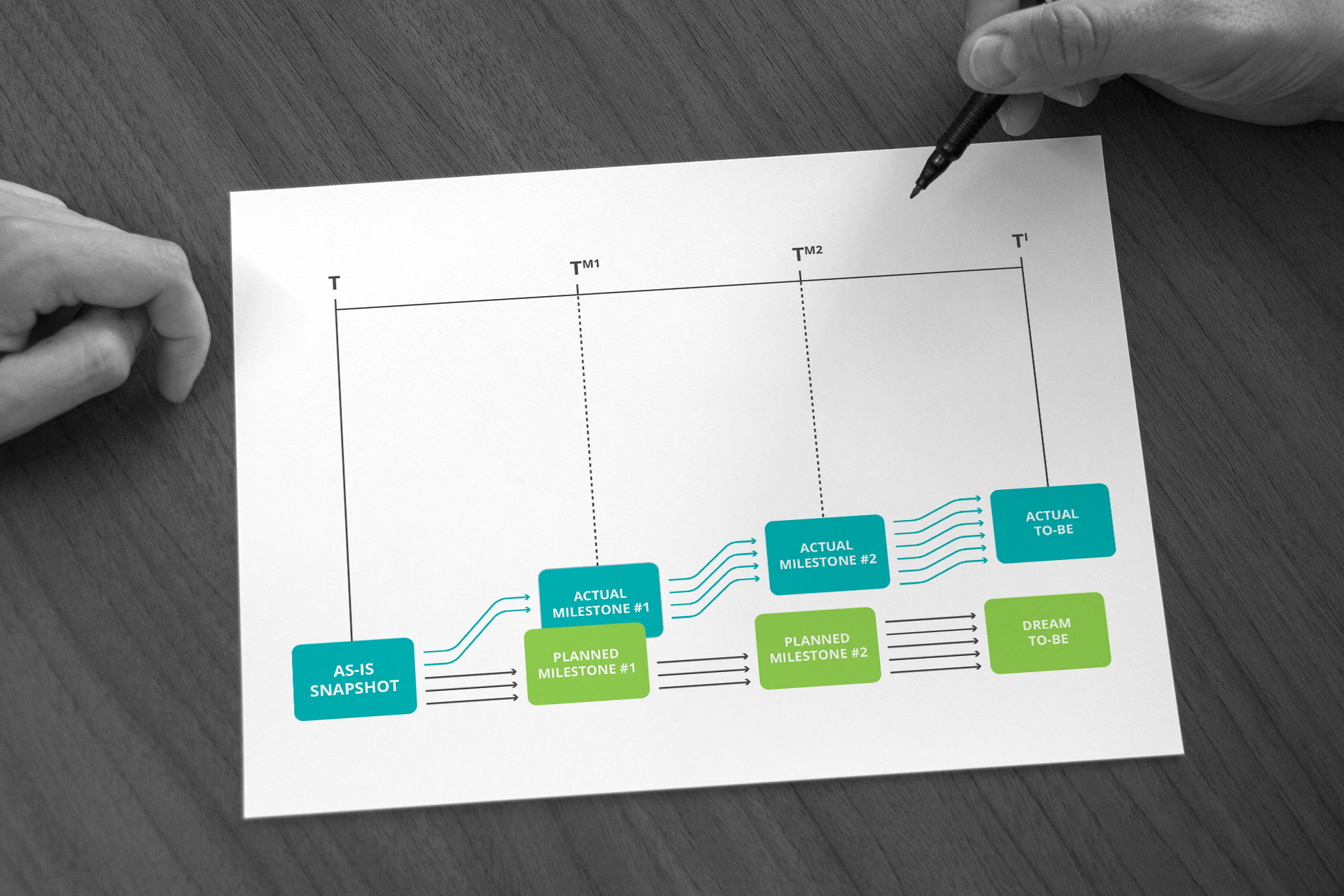 Interestingly enough, the creation of such snapshots take almost the same amount of time, regardless of the tool used to maintain them. Identifying the depth of data to be represented and the collection of the relevant data takes way more time, than entering it into any form of representation. The most important factors for this kind of survey are the number of component types to be examined, the number of possible connections among them and all of this is multiplied by the amount of instances you have. Please note that, this has to also be factored with the maturity of the target organization, which can speed up or slow down the data collection process.

Related to the time required for such a survey, I can give you some guidance from my experiences. In a relatively complex financial environment it took about four months and a two full-time seasoned experts to collect the data about the 300+ business systems. In a telecommunication environment approximately 200+ business application with cca. 1200 integrations, their mapping to eTOM and TAM, business objects and the underlying infrastructure took 3 months using 2.5 people. This means that it is a rather feasible endeavour.

Shifting to a dynamic and organic architecture model

The knowledge base you establish can and should be the basis of real work by turning it into a working model. Instead of freezing them, do yourself a favour and implement their usage into your daily processes:

Once you’ve established a snapshot it’s significantly less effort to maintain its changes and keep it updated for future use. In this way, you can build up a constantly up-to-date, “living” knowledge base of architecture.

Changes proposed and delivered in evolutional and revolutional programs should also be included in the knowledge base. By doing so, you can actually identify the potential conflicts among them. – But more on this in the next article coming soon. Stay tuned! 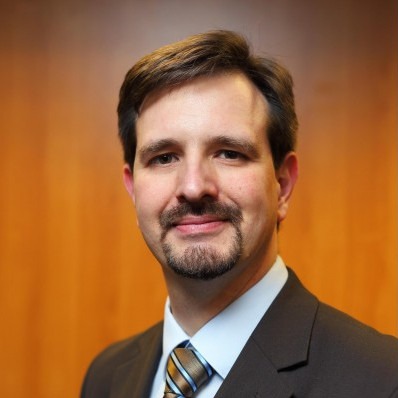 Gergely is an IT Consultant and an Enterprise Software Architect. He ran his consulting company for seven years, now he’s working as an IT consultant. His main interests are IT Strategic planning, high-level architecture design. He’s hobby projects involve household electronics, Linux, Android, web development.

Peter develops business and products in Atoll. He has a special interest in agile architecture control practices and therefore likes to get his hands dirty in projects with our tool, SAMU.
We use cookies to ensure that we give you the best experience on our website. If you continue to use this site we will assume that you are happy with it.OkRead more